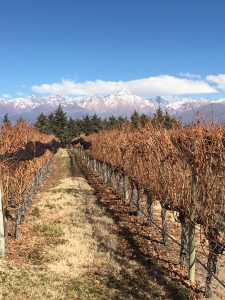 As an environmental lawyer with vocational zeal, every opportunity to travel and see new places triggers a fascination with environmental policy.  During a recent trip to Mendoza, Argentina, issues related to water rights were front and center. 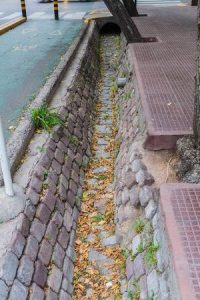 You could literally trip over the issue, because most sidewalks have irrigation ditches or “acequias” on the curbs and sidewalks to transport water throughout the region.

Though Mendoza sits on the very arid eastern leeward side of the Andes Mountains, the regional planners conceived a complex web of irrigation channels designed to bring fresh Andean snowmelt into the city, agricultural lands, and now the sprawling suburbs.

As with many of our environmental law projects, some of the most important work is performed by engineers. In 1889, the government of Mendoza recruited an Italian engineer, César Cippoletti, to improve the region’s hydrologic system. Cippoletti designed and supervised the construction of a dam to hold water from the Mendoza River and redirect the flow of the mountain run-off in the river through a series of directional canals. Just past the dam, one of the simplistic, yet elegant, structures designed by Cippoletti is a four-quadrant inverted cone. As the dammed water rises above the lip of the structure, it is channeled into one of four curved funnels.  The water descends through the curved quadrants, gathering speed and direction toward different parts of the Mendocino irrigation system. 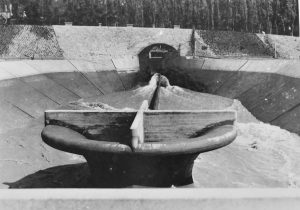 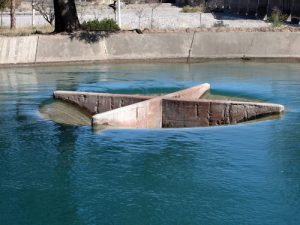 With this complex irrigation infrastructure, the arid region boasts a cornucopia of agricultural riches, including large potato, garlic, tomato, and butternut squash farms.  But the true pride of Mendoza, is its burgeoning wine industry. High-quality wines provide a fantastic export crop with an accompanying economic boom for agro-tourism in Mendoza and the vineyards in the neighboring Uco Valley. 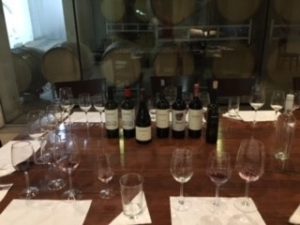 The arid conditions and well-developed irrigation systems are excellent for controlling the grapes’ exposure to water. In addition to regulating water, the daily temperature variations in the region have beneficial influences on the growth of a robust skin on the grapes. The grape skin is a primary driver of flavor and color in the wine-making process. Thus, these strong-skinned grapes of the Uco Valley provide good ingredients for bold wines, including Malbec, which is the primary driver of the region’s reputation.

For all of the ingenuity and planning for the advanced irrigation system, water is still a finite resource in the region. Overtaxing the system could lead to dramatic impacts for all users. To preserve and protect the region’s water resource, Argentina developed a comprehensive nation-wide regulatory scheme. Argentina adopted a Water Law in 1916, which is similar to Massachusetts’ Water Management Act(“WMA”). The Argentinian law grandfathered existing users through a system which is similar to WMA Registrations. Argentina’s Water Law accommodated new users with licenses that operate like permits in Massachusetts. Just as the Massachusetts Department of Environmental Protection (“MassDEP”) oversees water withdrawals from the various river basins in the Commonwealth, the water management system in Argentina is administered by the Departamento General de Irrigación (DGI). The DGI approves and regulates irrigation licenses, oversees allocations among historic surface water users, regulates temporary projects or discharges, and evaluates and authorizes proposed new users.

This legal structure in Argentina is very similar to the modern WMA in Massachusetts, which centralizes the administration of water rights in the professional staff of the MassDEP, rather than be subject to the whims of the political actors in the State Legislature. Like Argentina’s 1916 Water Law, the WMA creates tiers of rights between active users, at the time the law was adopted, and new users, who came on-line following the statutory observation period for registrations from 1981 through 1985. Different sections of the WMA – and the corresponding regulatory section of 310 CMR 36.00 – establish different requirements for registrations and permits, which are grounded in the WMA’s statutory purpose of protecting and preserving the Commonwealth’s precious water resources.

Managing Water as Demand Grows and Supply Is Strained

While agriculture, industry and residential development can flourish side-by-side when resources are abundant, there are tensions between users when scarcity occurs. Even with their well-developed infrastructure and generally plentiful mountain run-off, the Mendoza region still experiences drought and supply problems. The authorities simply cannot approve all proposed projects. 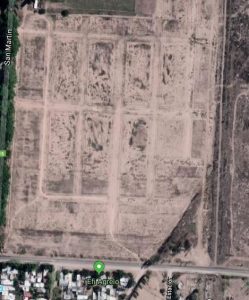 During our time in Mendoza, we observed a planned housing development in an advantageous location near a major arterial highway that stood fallow. Though the developer began designating internal roadways and had launched a marketing effort for new homes on the outskirts of the metropolitan area, the entire project was abandoned, because the water authority did not approve an extension of the canal system to provide water to this location. There are no potential alternate water sources. Thus, without access to the regional water distribution channels, the project was doomed. The development’s abandoned footprint sits like the shadow of a ghost town that never was, and serves as a stark warning of the perils of stretching a limited resource.

Water allocation in Massachusetts is not nearly as dire. Unlike Mendoza, Argentina, or even many communities in the Western United States, Massachusetts enjoys a temperate climate.  Water management issues in the Commonwealth do not occur against a backdrop of desert conditions. And yet, drought conditions can occur and strain a community’s ability to keep water in the taps – for industrial, agricultural, and residential users.

Additionally, the forces of impending climate change are not linear or neatly predictable.  Some models forecast the climate of Massachusetts as being very wet, but there are also predictions of more pronounced swings between periods of plentiful rain and extended periods of drought.  Against this backdrop, managing our water resources in times of relative abundance may influence how successful we are in navigating periods of water scarcity.

While Massachusetts is currently experiencing an uptick in residential and industrial development, proper planning and water needs forecasting must be part of the statewide effort to ensure there are adequate resources to support public water supplies, agricultural activity, and natural ecosystems. Like Argentina’s DGI, which has authority over irrigation licenses and can preserve resources for existing uses and ensure the system is not overtaxed, MassDEP has the power within the structure of the WMA to exercise informed professional discretion to protect our public water supplies, provide flexibility for emerging industrial needs, and preserve our shared natural resources. Though it may create some harsh outcomes – like the abandoned housing complex outside Mendoza, MassDEP also needs to be able to say “No” when users seek to over-exploit a resource.

With the WMA, Massachusetts has a strong statewide regulatory structure to provide stewardship and achieve a fine balance among residential, industrial, and agricultural users on a watershed basis. 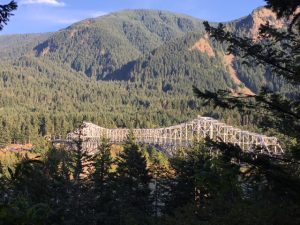 As summer closed, we took a family vacation to Oregon.  In addition to lingering in Powell’s Books, eating from food trucks, and drinking local brews and Stumptown Coffee during several days in Portland, we borrowed a friend’s car for excursions to Cannon Beach and the Columbia River Gorge.   As part of our family goal to someday visit all 50 states, we made sure to cross into Washington.  We grabbed that extra state with a dramatic pedestrian crossing over the Bridge of the Gods, which serves as the Columbia River crossing on the Pacific Crest Trail.

After a restful and restorative trip, I returned to work after 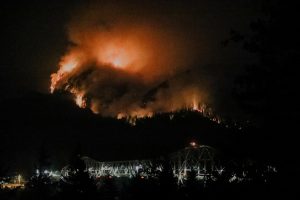 Labor Day, as news of the Eagle Creek Fire along the Oregon/Washington border brought the reality of Western wildfires to a personal level.  With visions of our triumphal Columbia River crossing still fresh, it was harrowing to learn of the breadth and rapid spread of the Eagle Creek Fire, which allegedly was started with a discarded firework.  Careless fireworks are always a risk, but in the tinder box of the exceedingly dry Pacific Northwest forests this summer, this act of carelessness devastated over 50,000 acres.