On September 30, the Massachusetts federal District Court dismissed Toxics Action Center, Inc. v. Casella Waste Systems, Inc.,  a citizens suit under the Clean Water Act and RCRA alleging that discharges of leachate from Casella’s Southbridge landfill through groundwater had damaged surface water and contaminated private wells. The Court dismissed the RCRA counts, because additional Court action would be duplicative of  MassDEP’s enforcement actions and, therefore, not “necessary.” The Court acknowledged that “[t]he First Circuit has not addressed whether a discharge of a pollutant that moves through ground water before reaching navigable waters may constitute a discharge of a pollutant, within the meaning of the CWA.”  But the Court sidestepped the groundwater discharge issue as follows: “a landfill is not a point source within the meaning of the CWA, this Court will not reach the issue of whether the CWA extends liability to surface water that is polluted via hydrologically connected groundwater.”

On September 26, the Department of Public Utilities issued an Order providing for utilities to pay direct incentives to owners of new solar generating sources under the Solar Massachusetts Renewable Target (SMART) program.

On September 17, Massachusetts rolled out its first-in-the-nation 2018 State Hazard Mitigation and Climate Adaptation Plan which integrates climate change impacts and adaptation strategies with hazard mitigation planning.  The Plan qualifies the state for Stafford Act funds (per FEMA hazard mitigation grant criteria at 44 CFR § 201.4) and also complies with Executive Order 569.  The state will update the plan every five years, with continuous reviews, updates and revisions via the new Climate Change Clearinghouse.  To date, over 150 communities have performed vulnerability assessments and developed action-oriented resiliency plans under the Commonwealth’s Municipal Vulnerability Preparedness Program (MVP).  Certified MVP communities are eligible for MVP Action grant funding and other opportunities.

On September 4, the Supreme Judicial Court handed down New England Power Generators Association, Inc. v. Department of Environmental Protection rejecting the Power Generator’s challenge to MassDEP regulations requiring decreases in annual GHG emissions under the Global Warming Solutions Act (GWSA). Deferring to MassDEP’s interpretation of the Act, the Court ruled that the Department had the authority to impose annual declining emissions on the electric sector under Section 3 d of the Act, despite the existence of provisions in Section 3 c of the Act, which are specifically applicable to electric generating facilities.

On August 21, Governor Baker signed the $2.4B Environmental Bond Bill including provisions that put into law his 2016 Executive Order 569, establishing an integrated strategy for climate change adaptation discussed above.

On July 12, the EPA and Army Corps issued a Supplemental Notice of Proposed Rulemaking on their proposal to roll back the Obama-Era Waters of the United States (WOTUS) Rule defining the agencies’ Clean Water Act jurisdiction. The comment period ended on August 23, 2018.  Whatever the agencies ultimately decide, ongoing litigation is sure to continue to delay the clarity sought by so many in the regulated community over the breadth of the agencies’ jurisdiction.

In addition to EPA’s April 2018 proposed Strengthening Transparency in Regulatory Science rule, which would limit the scientific studies that the EPA could rely upon in evaluating new regulations, on June 13 the Agency issued an Advanced Notice of Proposed Rulemaking  to change the methodology used to calculate the cost and benefit of new environmental regulations.  Battle lines are being drawn over whether the EPA should continue to count so-called “co-benefits,” which take into account the indirect health benefits in addition to the direct benefits of a proposed new regulation. For example, in the case of the mercury air toxic rule, the EPA included $4-6M of direct health benefits from reduced mercury exposures and $80B in co-benefits attributable to the reduction of other pollutants, primarily particulate matter (PM).

In March, MassDEP promulgated a package of amendments to its air pollution control regulations at 310 CMR 7.00 across a wide array of topics, including a revamp of the rules governing appeals of air plan approvals, which had long been the source of legal uncertainty and litigation. 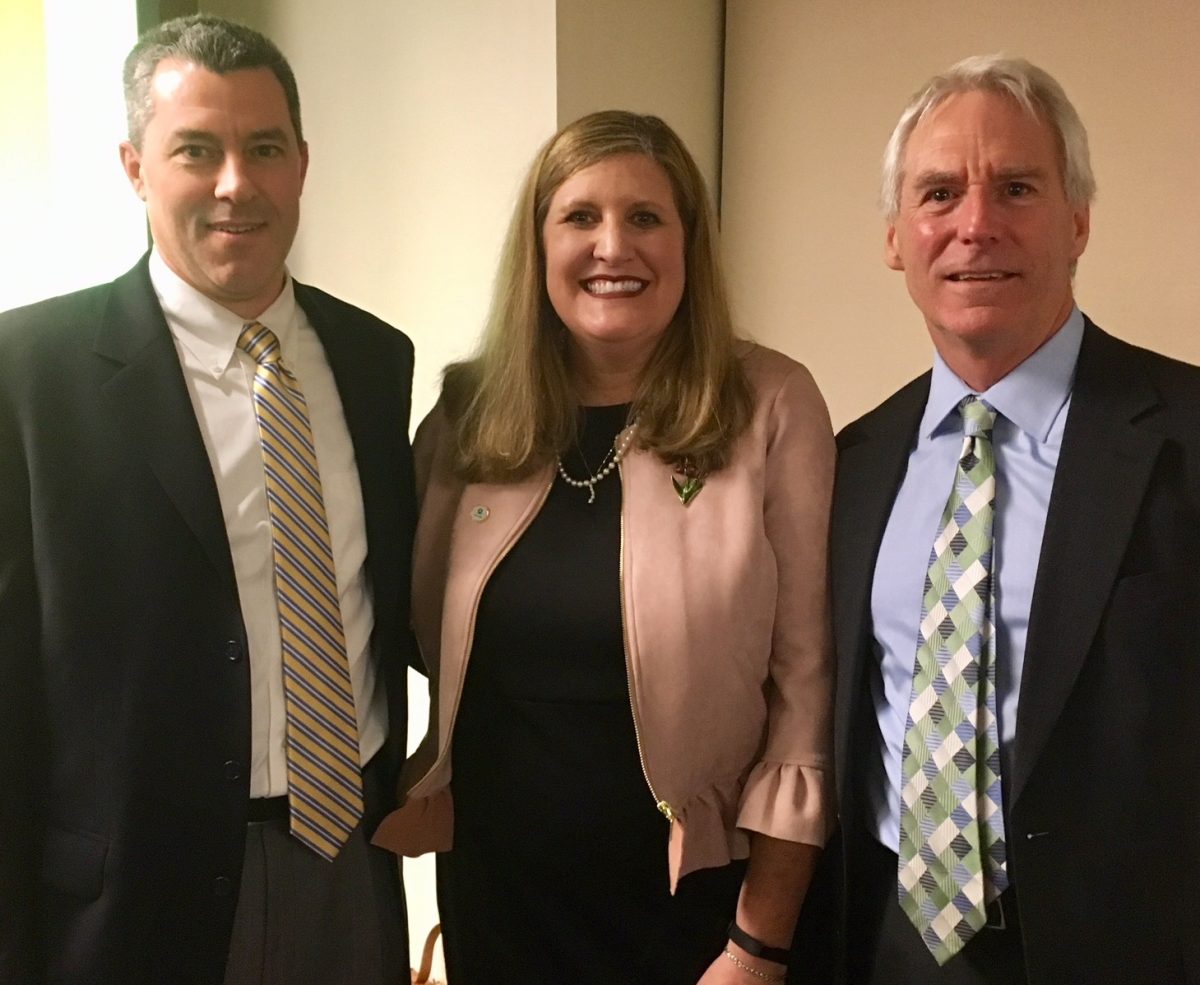 Tom Mackie and Peter Durning were honored to be a part of the Boston Bar Association and Environmental Business Council of New England’s co-sponsored program on February 15, 2018 welcoming the new EPA Regional Administrator, Alexandra Dunn.

Tom, Chair of the EBC, gave opening remarks welcoming over 200 guests from the legal and environmental consulting community to the event.

Peter, the Co-Chair of the BBA’s Energy and Environmental Law Section, provided closing remarks and a sincere thank you to Regional Administrator Dunn, following a 40-minute presentation and a robust question and answer period.

In her speech, Alex Dunn stressed the need to address core water quality concerns by focusing on nutrients in stormwater, stormwater runoff, and water infrastructure projects.  She also outlined other initiatives for her tenure as Regional Administrator, including emerging contaminants, environmental justice, interstate air shed issues, and finally closing out and potentially redeveloping the remaining Superfund sites in New England.

MassDEP has proposed an omnibus package of air pollution control regulations at 310 CMR 7.00 that should be promulgated this Spring. The amendments cover applicability of Plan Approvals for GHG and CO2 at new and existing facilities; establish exemptions; and include updates to match EPA requirements for lead emissions, VOC RACT, NOx RACT, and a NOx Ozone Season budget.
The proposed air regulations provide much needed timelines and procedures for requesting adjudicatory appeals of air decisions. Who has standing to appeal, and when and how to appeal air permits was the subject of several MassDEP adjudicatory hearing and Superior Court decisions. The regulations now define “aggrieved person.” The “date of issuance” is the date the decision is sent to the applicant. Importantly, a copy of the decision must be posted on the MassDEP’s website in order to notify people when the 21-day appeal period begins. Ten person groups have a right to request an adjudicatory hearing, provided they have submitted comments during the public comment period on a pending permit application for air emission sources that emit 10 tons or greater of regulated pollutants, and only on issues relating to damage of the environment.