In our Spring 2015 Environmental Law Update we predicted that there would be judicial and legislative challenges to the EPA and Army Corps’ new Clean Water Rule expanding the scope of jurisdictional waters of the United States.  The Rule seeks to codify existing criteria that EPA and the Corps have been applying on a case-by-case basis using the three alternative tests announced by the U.S. Supreme Court in Rapanos v. United States.  Even before the Rule was to take effect on August 28, 2015, 27 states filed federal lawsuits challenging the regulation.

On October 9, 2015, the U.S. Court of Appeals for the Sixth Circuit stayed the Rule nationwide.  The morass of litigation prompted EPA to move to centralize pretrial proceedings in the District of Columbia.  On October 13, 2015, the United States Judicial Panel on Multidistrict Litigation issued an Order denying transfer because the various lawsuits will involve very limited pretrial discovery as the cases will be decided on the administrative record and will turn on questions of law on alleged exceedances of statutory and constitutional authority in promulgating the rule.  The EPA and the Corps have resumed nationwide use of the prior regulations by applying case law, policy and the best science and technical data on a case-by-case basis in determining which waters and wetlands are protected under the Clean Water Act.  On the legislative front, on November 4, 2015, over the threat of a Presidential veto, the U.S. Senate approved a resolution to nullify the Clean Water Rule.  “The more things change, the more they stay the same.”  Stay tuned. 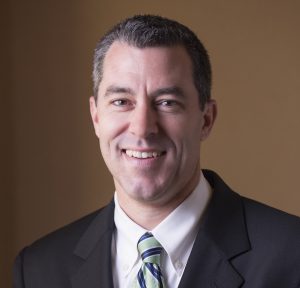 For many years, our firm and its lawyers have been recognized for our accomplishments and skills by lawyer rating services like Martindale-Hubbell, Chambers USA-America’s Leading Lawyers for Business, Best Lawyers in America, U.S. News and World Report-Best Lawyers and Best Law Firms, and SuperLawyers.  These recognitions are very humbling and gratifying because the ratings are based on third-party validation by independent research, client referees and peer reviews.  The rating services rank law firms and lawyers on specific qualities such as technical legal ability, professional conduct and client service.  It is rewarding for our boutique firm to be ranked in the same tier as the largest firms.  Some recognitions are totally unexpected like when John Shea was selected as Boston 2013 Environmental Law Lawyer of the Year.  We are careful not to believe our press, rest on our laurels, or wear our super hero capes in public.  We pledge to work hard with the highest ethical standards, to continue our winning tradition and to enjoy your trust and praise for years to come.

MassDEP (then DEQE) opened for business in 1975, and for four decades has protected our natural resources, public health and quality of life with dedication, hard work and innovation.  For 35 years, our lawyers have been privileged to work with MassDEP’s many talented and dedicated leaders and staff to permit projects, and to assist the agency in development of cutting-edge programs in waste site cleanup, solid waste and recycling, and water resources as participants on task forces, committees and stakeholder groups.  Under the leadership and excellence of Commissioners from Tony Cortese to Marty Suuberg, MassDEP has tackled tough environmental problems, engendered an ethic of excellence, and built strong partnerships with municipalities, industries and environmental groups.  We expect to help celebrate the golden anniversary in 2025.  Congratulations and thank you MassDEP.

MassDEP’s ranks have been depleted by about 120 talented staff and leaders by Governor Baker’s budget-trimming early retirement plan.  John Shea spoke at two regional retirement celebrations, and lamented the departure of dedicated environmental professionals, seasoned advisors, and many great friends.  We wish the retirees well as they enjoy the fresh air, clean waters and pristine beaches they fought so hard to protect.

The Massachusetts Department of Energy Resources (DOER) is preparing draft regulations to include renewable thermal in the Massachusetts Alternative Portfolio Standard (APS) pursuant to Chapter 251 of the Acts of 2014.

The MassDEP has still not finalized its evaluation of wind turbine noise, which some wind energy advocates claim is stymying development of land based wind energy. In 2012 the MassDEP issued a Wind Turbine Health Impact Study  that stimulated a spirited discussion over the health effects of wind turbines including significant public comments and additional information. In response, in 2013 MassDEP convened the Wind Turbine Noise Technical Advisory Group (WNTAG) to provide advice on recommended changes to MassDEP noise regulations and/or policies as they apply to wind turbine noise. In July 2013, the MassDEP issued a Discussion Document entitled Potential Revisions to MassDEP Noise Regulations and Policy to Address Wind Turbine Noise.  Some in the field believe that the wind noise measurement techniques discussed by the MassDEP would inappropriately overstate the noise impact of turbines.  Unfortunately, since the Baker Administration has come into office, the MassDEP has not reconvened the WNTAG.

In May, the Baker-Polito Administration announced the launch of a new $10 million initiative aimed at making Massachusetts a national leader in energy storage. The Energy Storage Initiative (ESI) includes a $10 million commitment from the Department of Energy Resources (DOER) and a two-part study from DOER and the Massachusetts Clean Energy Center (MassCEC) to analyze opportunities to support Commonwealth storage companies, as well as develop policy options to encourage energy storage deployment.

In October, Entergy announced that Pilgrim Nuclear Power Station will close by June 1, 2019. Coupled with the planned shut down of large coal fired generating stations in the Commonwealth, this could open up the market for more renewable power.  However, it is likely that renewable energy producers in Massachusetts will face competition from Canadian hydro-power and new imports of natural gas, if the current Administration’s policies succeed.

Over the summer, Governor Charlie Baker filed two pieces of energy legislation that, if passed, will affect the renewable energy market.  In July, he filed An Act Relative to Energy Sector Compliance with the Global Warming Solutions Act, to diversify the state’s energy portfolio through the procurement of cost-effective, hydropower generation.  Among other things, the legislation will permit Massachusetts utilities to collaborate with other New England states, including Connecticut and Rhode Island, in the procurement of hydroelectric resources. Critics question whether a large amount of Canadian hydropower will crowd out other Massachusetts based renewable energy sources.  Ironically, others criticize republican Governor Baker’s proposal as a massive “re-regulation” of the deregulated energy market place and a “subsidy” for Canadian hydro-power.  In August, Governor Baker filed  An Act Relative to a Long-Term, Sustainable Solar Industry  to raise the private and public net metering caps two percent each, to six and seven percent, respectively. This represents a 50% increase for public entities, and a 40% increase for private entities, in the allowable amount of solar energy available for net metering credits. This increase will provide immediate support for projects being developed in service territories where the caps have already been reached, and provides the Department of Public Utilities with the authority to raise the caps further, as needed in the future.  Previously, the Administration announced a coordinated process with Rhode Island and Connecticut to issue a Request for Proposal (RFP) for clean energy resources. At the same time, the Governor instructed the DOER to commence a proceeding at the DPU to consider how the electric utilities can pursue gas capacity contracts that would improve winter reliability and lower winter electricity costs.  On October 2, the DPU issued its Order Determining Department Authority under G.L. c. 164, 94A that utilities can enter into such long term gas contracts to reduce electricity costs.

Posted on November 16, 2015November 19, 2017In Categories Renewables CornerTags: Tags Environmental Regulations, Renewable Energy
In the September 14, 2015 issue of Massachusetts Lawyers Weekly, Tom and Peter provide their opinion on recent judicial efforts to undermine the legislature’s intent in passing the Permit Session Statute. With this issue poised to go to the Supreme Judicial Court, this is a good time to restore the promise of the Permit Session.
Click here for a link to the full article.
Posted on September 14, 2015November 7, 2017In Categories Client AdvisoryTags: Tags Zoning and Land Use

Although Charlie Baker sent business a friendly message with his Executive Order suspending new regulations, Attorney General Maura Healey and her staff of Assistant AGs in the Environmental Protection Division are not so charitable.  Yesterday, four senior AAGs presented on the use of the False Claims Act against environmental violators. The False Claims Act is a “very strong tool” and they are “anxious to use it.”  In translation, “watch out” if you are engaged in business with the government and unfortunate enough to get into a related environmental beef that is referred to the AG.

The AG’s Office is increasingly using False Claims allegations to soften up environmental enforcement targets with additional investigative tools, increased penalties and the specter of triple damages (i.e. disgorgement of up to 3X any economic benefit).  Liability can be established if a defendant makes a “false statement” to the government (or any of a host of other related parties like government contractors and subcontractors) that results in an underpayment to or overpayment from the government.
END_OF_DOCUMENT_TOKEN_TO_BE_REPLACED